The patient on the table. 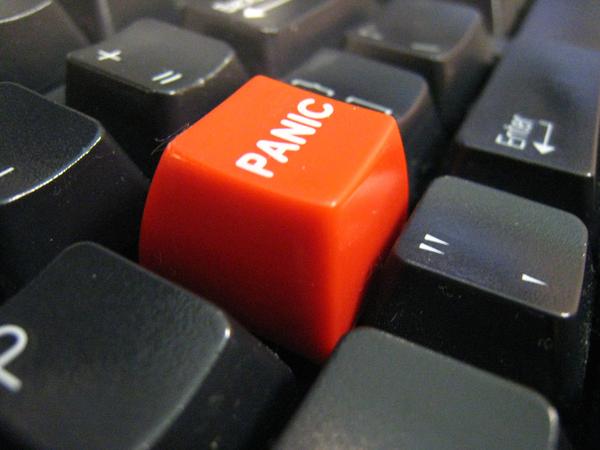 About 10 years ago, there was a famous case involving a routine procedure that went horribly wrong. A mother of two went into hospital to have a simple nasal procedure. Moments after the anaesthetic was administered, doctors discovered they were unable to establish an airway.

We’ve all seen this procedure in television medical dramas. It’s supposed to take just a few minutes. In this case, a very rare complication arose and the patient’s airway was obstructed. No matter how hard they tried, the doctors failed repeatedly to intubate her and get vital oxygen flowing to her organs again.

As the minutes ticked by, it was clear that panic had set in. There were three doctors in the room, and despite obvious alternatives, they were so focused on this one technique, on succeeding in getting the intubation done that they could not see past that one approach even when it was clearly not working.

Three experienced nurses who were also in the room, however, soon recognised that something was badly wrong. One of the nurses fetched a tracheotomy kit and let the doctors know that it was available. She stood by with the kit as they ignored her repeated attempts to announce it as a suitable alternative. The kit was never used, and the airway was never successfully established.

The patient suffered severe brain damage due to the lack of oxygen over 20 minutes and her life support was switched off several days later.

This tragic story illustrates what happens when those in charge doggedly focus on one approach when it’s clear that it’s not working instead of thinking of alternative solutions, or listening to better suggestions. When panic sets in, it can make even rational people act in bizarre ways that lead to disastrous consequences.

So too is the case with Greece and the country’s bailout programme. Last week, Greece’s debt to GDP ratio hit an all-time high of 177.1%. The bailout programme that was supposed to save the Greek economy has obliterated it, and austerity has caused the debt to go up rather than down.

It’s time to state the obvious and say that austerity has not worked. Five years in, it is an approach that has created a horrendous social disaster, ruined the Greek economy and continues to stretch off far into the horizon with no end in sight.

Despite obvious proof that austerity has failed spectacularly, it’s surprising then that no one has come up with any sort of viable alternative, and this is the only solution still being pushed on Greece by its creditors.

Let’s break it down in simple terms. When you borrow money, you are rightly expected to pay it back. Greece is not saying they refuse to pay. But at what point does a debt become completely unsustainable? When people get into severe debt, they either have to declare bankruptcy (default on their loan) or are given help in restructuring their loan against their available resources to create a viable repayment plan. We’re still waiting for that in Greece.

After an abysmal Eurogroup session in Riga last week, where the country’s finance minister allegedly received a verbal battering from his European counterpart, Syriza’s leader Alexis Tsipras removed Yanis Varoufakis from the Eurogroup negotiation team when he reshuffled it.

Varoufakis has rubbed up his counterparts the wrong way with his repeated opposition to the austerity programme and as patience ran out with Greece, a sacrifice had to be made. The markets immediately reacted in a positive way to this news. However, this move amounts to not much more than shooting the messenger. Whoever represents Greece at the next Eurogroup still has to carry the Syriza government’s message.

And so on and so forth in this economic mess and its even messier handling. The mouthpiece has been changed, but the message will most likely be the same. Why is it that five years later, all we have on the table is Europe’s “austerity or nothing” and Syriza’s “a little bit of austerity or nothing”? It’s important to ask this, because whatever the treatment, it’s the patient, the Greek public that bears the brunt of it, and right now the patient’s vital signs are looking critical.

Maybe someone somewhere should listen carefully and give a voice to the equivalent of the nurse standing in a corner with an alternative solution.

This article was published in the Khaleej TImes and Athens Views.